RBC were originally appointed to provide Building Control services for the construction of a production facility. We were then re-appointed a couple of years later when the owners wanted to extend the original building and create an additional warehouse.

The most significant aspect to this project was the sheer size of the building. At 450 metres long, it is, we estimated, that the size is in excess of 12 football pitches.

Tesco's new distribution centre in Daventry has access to the rail freight terminal, M1 and M6, and is perfectly positioned to take garments and white goods all over the country.

RBC Ltd is the key building control provider for the Daventry 'DIRFT' Central project on both the shell and fit out, which is one of the many projects we've been involved with for John Sisk & Son Ltd. We managed and delivered the project on time and within budget and achieved excellent working relationships with the team through regular site inspections.

We also took a pro-active approach and liaised with the Fire Authority in order to achieve a fire engineered solution as a result of the complexity of the project.

RBC were appointed to provide Building Control services for the development of a materials recycling facility together with a visitors centre. The new building is a factory/warehouse, single storey building 6,000m2 in floor area. The building has a two storey office and visitors centre adjacent to the mainentrance. The main factory incorporates a large materials separator plan together with incoming waste storage area and an area for separated recycled materials for transporting off site.

At the time of construction this was the largest warehouse to be built in Woking.  The building, due to its size, fell within the parameters of the Local Surrey Act 1985.

Situated on an industrial park East of Preston and adjacent to the M6, this project consists of three single storey industrial buildings with steel frame and insulated cladding.  One will be used as part cold store and the others were speculative buildings.  All have been built to a high specification in accordance with Part L2 Energy regulations. 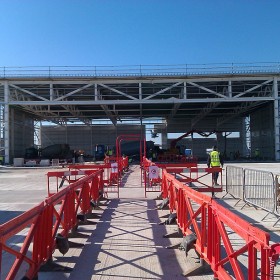 Bristow Helicopters Ltd won a £1.6 billion, 10 year contract to operate the UK’s Search and Rescue Helicopter Service on behalf of the Maritime and Coastguard Agency. RBC were appointed by Balfour Beatty to provide building control services for this £4.9 million project. The project consists of a new hangar building with internal modular accommodation and associated infrastructure. 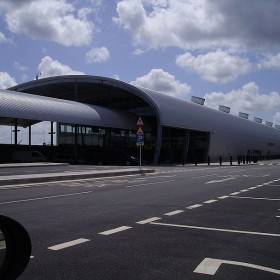 We were pleased to be associated with Southampton's new Ocean Terminal. RBC were appointed by ABP and the architects Stride Treglown to provide full building control services from design stage to completion.

Ocean Terminal was designed to service the new larger Cruise ships operating from the Port of Southampton and has the capabity to accommodate over 4,500 passengers.